Biography of President of the Republic of Moldova Maia Sandu 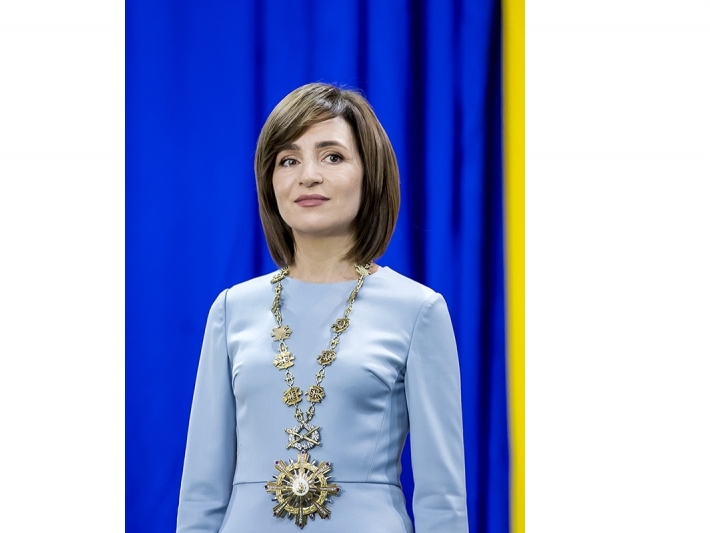 Maia Sandu was born on May 24, 1972, in Risipeni village, Falesti district.

She studied at the Risipeni village school.

In 1994, she graduated from the Academy of Economic Studies of Moldova, Faculty of Management. From 1995 to 1998, she studied at the Academy of Public Administration in Chisinau, obtaining a Master’s degree in International Relations.

Between July 1994 and March 1998, she has held the position of Consultant, Deputy head of department at the Ministry of Economy.

From March 1998 to August 2005, she worked as an economist at the World Bank Office in Chisinau.

From August 2005 to July 2006, she was the Director of the Directorate-General for Macroeconomic Policy and Development Programs at the Ministry of Economy and Trade.

Between 2006 and 2009, she worked as a consultant in various projects in the field of good governance and public administration reform.

In 2010, she obtained a Master's degree in public policy, after completing her studies at the Kennedy School of Public Administration at Harvard University (USA).

From June 2010 until July 2012, she was the Adviser of the Executive Director of the World Bank in Washington (USA).

In July 2012, she became the Minister of Education in the Government of the Republic of Moldova, a position she held until July 2015.

In May 2016, she founded the Action and Solidarity Party (PAS). She was appointed PAS Party President until December 2020, resigning after winning the presidential election.

From February to June 2019, she acted as a Member of Parliament of the Republic of Moldova.

In June 2019, she was appointed as the Prime Minister of the Republic of Moldova, a position she held until November 2019.

On December 24, 2020, Maia Sandu was sworn in as the President of the Republic of Moldova, after her victory in the second round of the presidential elections (November 15, 2020)