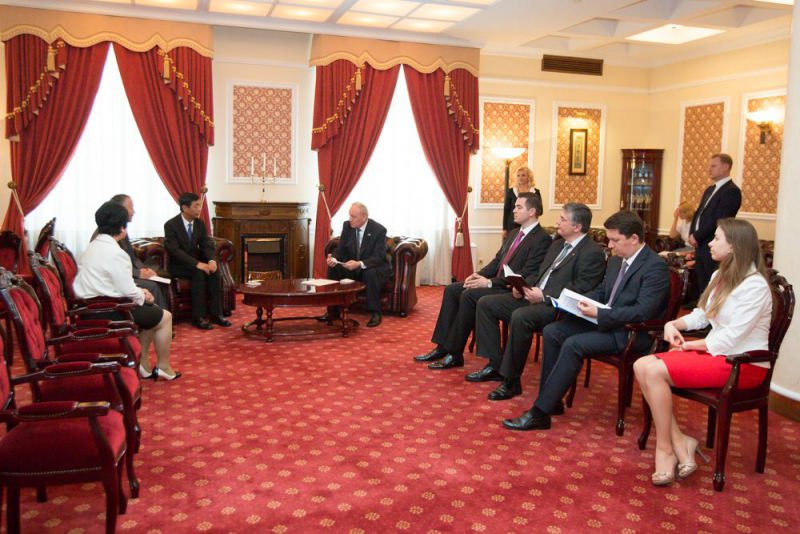 President Nicolae Timofti today met Chinese Ambassador to Chisinau Tong Mingtao, on the occasion of the end of his diplomatic mission.

The head of state highly appreciated the ambassador's work, which led to a significant consolidation of the Moldovan-Chinese relations.

At the same time, the president opted for further developing bilateral cooperation in such sectors as: agriculture, transport and infrastructure.

Timofti awarded Chinese Ambassador Tong Mingtao the Order of Honor, as a token of high appreciation for the development of the relations between the two states.