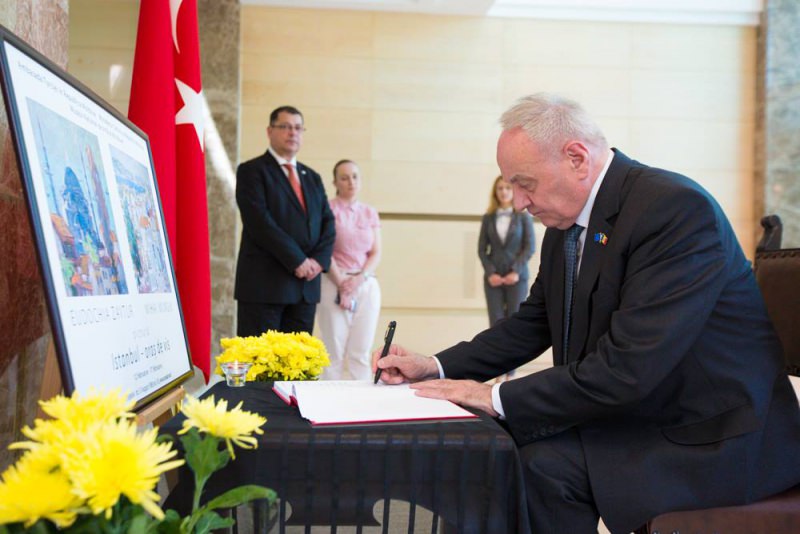 President Nicolae Timofti, accompanied by presidential advisers, today laid flowers at the headquarters of Turkey’s Embassy in Moldova. He also signed in the condolence book opened by the diplomatic mission, in the context of the terrorist attacks which occurred at the Istanbul-based Ataturk Airport late on 28 June.

The president’s message reads: “Deeply moved by these tragic events, I convey condolences to the Turkish people and express my full sympathy for those who suffered in the wake of the terror actions, which Moldova vehemently condemns. My message is an appeal to unity and cooperation in the fight against such violent acts, which put end to human lives.”