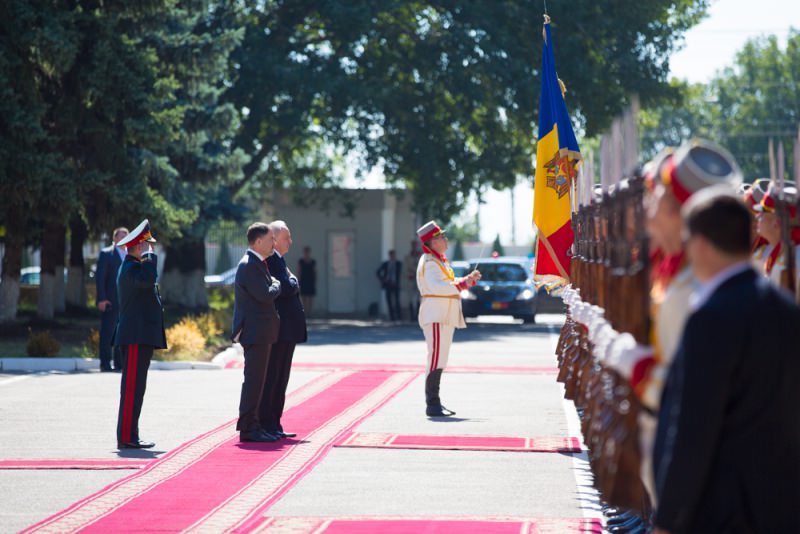 At the ceremony held at the Defence ministry, the president gave a speech congratulating servicemen for successfully carrying out the national defence mission.

"The reality forces us to look at the time challenges with new eyes. The needed measures must be taken, so that the Armed Forces should represent a modern, well-organised and well-equipped structure," he said.

The president tackled the causes of poor funding of the Armed Forces. "In the past, there were ideas related to Armed Forces, that their development would contravene principles of peace and democracy in Moldova. Such ideas are false and counterproductive", he said.

The head of state awarded a group of servicemen for fulfilling their duty, contribution to restoring and modernising military equipment and merits in organising combat training.