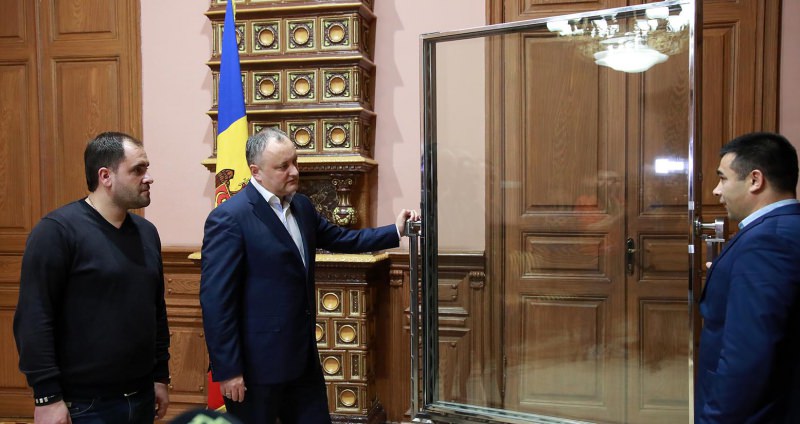 In the summer of this year the President of Moldova visited the Zograf Monastery on Mount Athos, where the banner of  Stephen the Great is kept. Then he said that a carrier would be made for storing this symbol of our people in the place of honor. Yesterday Igor Dodon presented it and told that in the near future it would be transferred to Athos and the banner would be kept in it.

Igor Dodon also noted that it was planned to bring the military banner of Stephen the Great, as well as St. George icon, to Moldova for the first time in the history, so that citizens of our country could see these priceless relics.

“The banner of Stephen the Great is one of the most valuable historical objects to this day. It is embroidered with gold and silver threads. On one side of the banner is the image of Saint Great Martyr George on a white horse, killing a dragon with a spear, and on the other - an image of the baptism of Jesus Christ. The banner symbolizes the courage, faith and victory of our people over the enemies. These qualities should be passed from generation to generation”, - the President noted in this connection.