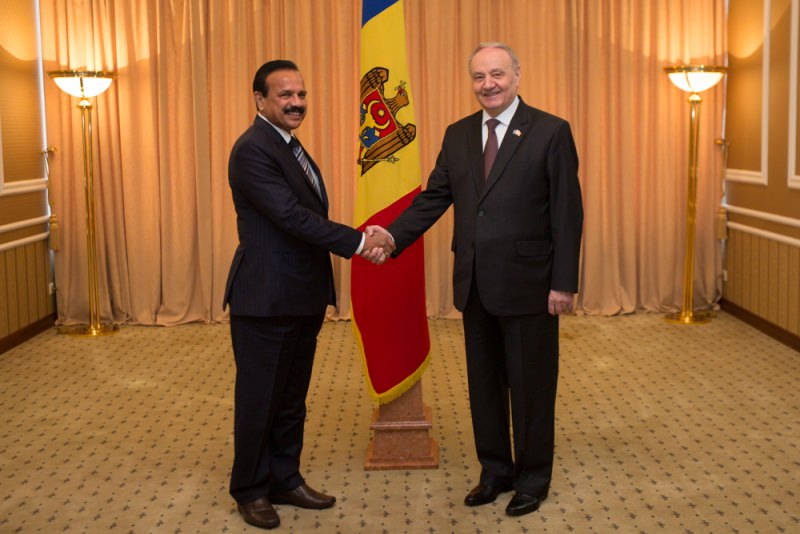 Moldovan President Nicolae Timofti met today at the State Residence with Sadanand Gowda Devaragunda Venkappa, Minister of Statistics and Implementation of Programmes of the Republic of India.

The Head of State welcomed the visit of the Minister of India, the most senior official to visit Moldova so far, and stressed the importance of developing bilateral relations in the spirit of the Declaration on the basic principles and directions of cooperation between Moldova and India, signed in 1993, in New Delhi.

The parties discussed the possibility of boosting trade and investment, given that the volume of exports from Moldova to India has had a significant growth in the recent year.

The officials also tackled the Moldovan presidential elections and President Nicolae Timofti noted that pro-European course had to move forward regardless of the person elected as the president of Moldova, so that Moldova to join the democracies of success.

"The state policy is a concentrated expression of its economy, and Moldova tends to associate with prosperous and developed countries which offer their citizens a better life," said the president.

Minister Gowda’s visit takes place at the decision of the Indian authorities and is dedicated to the 25th anniversary of the Independence of the Republic of Moldova, aiming to develop the bilateral cooperation.