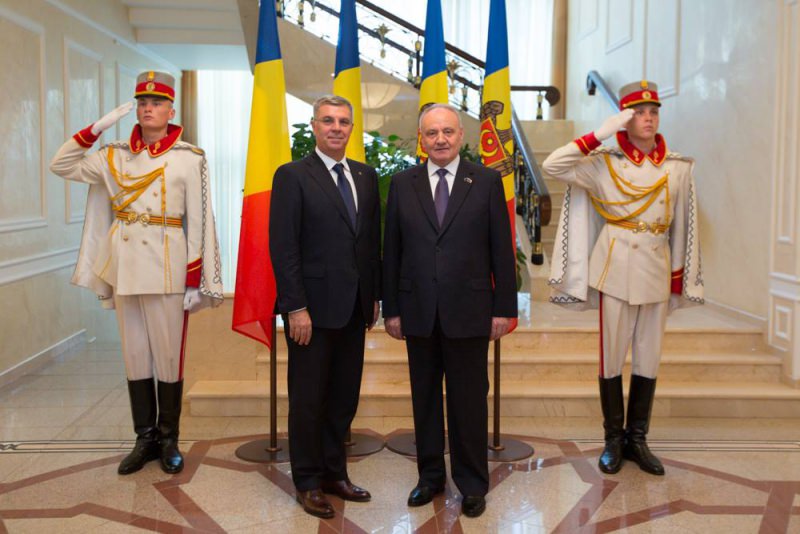 President Nicolae Timofti today received a delegation led by President of Chamber of Deputies of the Parliament of Romania Valeriu Zgonea.

The officials underlined the special and progressive nature of the ties between the two states. The sides highlighted Moldova's and Romania's willingness to boost political and economic relations, important for the European integration of Moldova and completing joint infrastructure projects.

Timofti thanked Romania for the support provided to overcome consequences of commercial embargo put on Moldova and for investments in the Moldovan education and health systems.

Nicolae Timofti welcomed the signing of a memorandum of understanding between the Romanian and Moldovan parliaments today. The document gives Romania possibility to provide assistance to the legislative process in Moldova, in order to strengthen institutions, fight corruption, improve business framework and economic development.

For his part, Valeriu Zgonea said that Romania and the entire Bucharest political class would continue to support Moldova in its aspiration for modernisation, ensuring security and social prosperity. „We convey a signal, through everything we do for Moldova, for increasing investments and diminishing social injustice,” Zgonea said. The Romanian official added that the political will and observance of commitments by the Moldovan authorities were decisive for the success of European reforms.