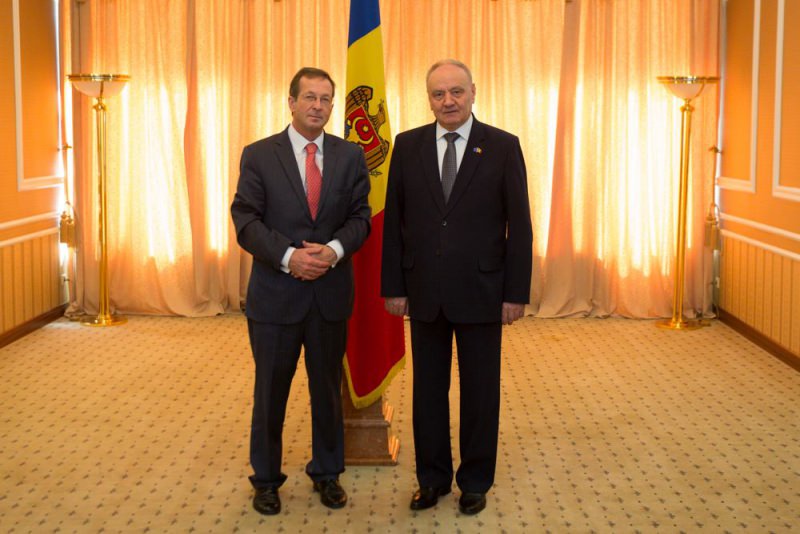 The president expressed his gratitude for the support provided by the Netherlands for the successful promotion of Moldova’s European integration agenda and thanked, in this context, for the ratification of the Association Agreement by the Dutch parliament.

Furthermore, Nicolae Timofti praised the support given by the Netherlands in the justice reform sector throughout recent years.

For his part, Ambassador Bonzel noted that, after signing the Association Agreement, the main concern of the Chisinau-based authorities could be creating conditions for access to EU markets for small and medium enterprises and producers, including farmers.

"Moldova should refocus on the EU market. We can assist you in improving the quality of agricultural production in line with EU standards", Matthijs Van Bonzel said.

The Dutch diplomat emphasised the need for a transparent use of funds provided by Moldova’s foreign partners.