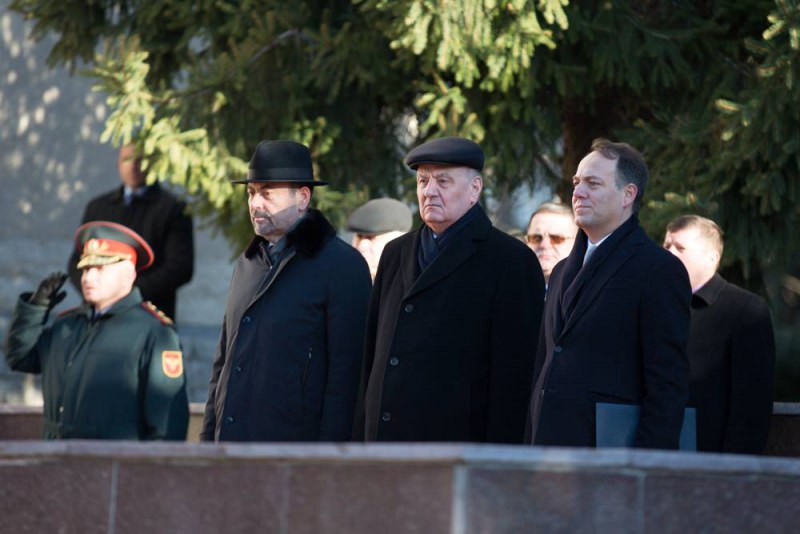 President, Supreme Commander of the Armed Forces Nicolae Timofti today attended a ceremony of detaching the sixth contingent of the National Army to the Kosovo Force (KFOR) mission.

In his speech, the head of state appreciated the participation of Moldovan servicemen in international peacekeeping missions and operations, which help achieve the principle of security through cooperation.

“I am sure that, in its majority, the national political establishment is aware of the need of Moldova actively backing efforts of the United Nations Organization, European Union and North Atlantic Treaty Organization to edify a stable climate of security in the world, by further supporting our country’s participation in these efforts, within the limits of our available capacities,” President Timofti said.

At the ceremony, the head of state handed over the State Flag of Moldova to the contingent detached. He voiced confidence that the military would ensure the implementation of the mission’s mandate, in order to maintain a peaceful environment in Kosovo.