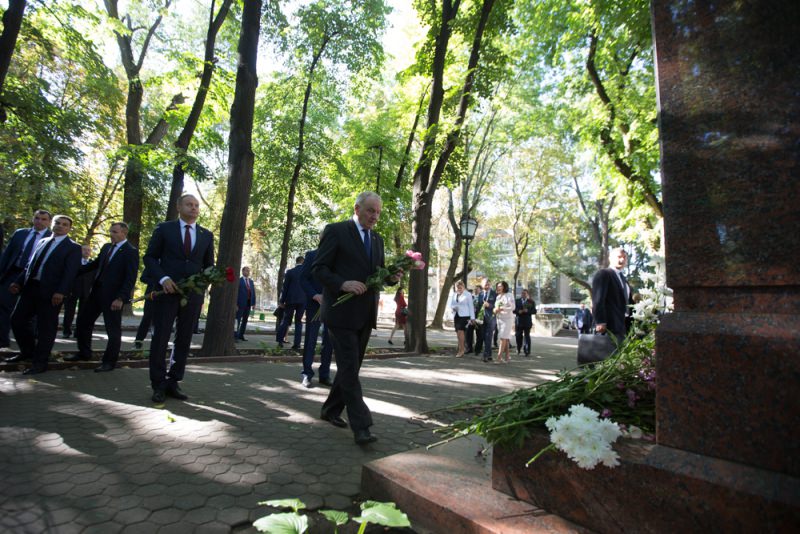 Moldovan President Nicolae Timofti, along with Speaker Andrian Candu and Prime Minister Pavel Filip, today participated in a ceremony of laying flowers on the occasion of national holiday "Limba Noastra" (Our Language).

During the event, they put flowers at the Monument of Stefan cel Mare the ruler, and the busts of writers on the Alley of Classics in Chisinau.

In the context of the celebration, President Timofti said that Moldova is among the few countries in the world with a celebration dedicated to its national language and it appeared as a natural reaction of people to the injustice which was done over the centuries.