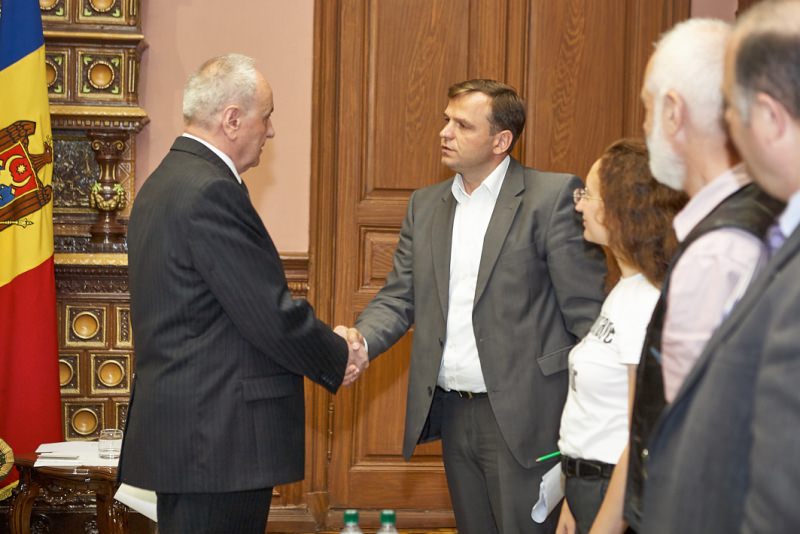 The platform's leaders presented Timofti more punctual demands, among which summoning of the Supreme Security Council on social and political situation in Moldova, ensuring the protection of protesters and backing the idea of president's election by direct vote within general suffrage.

The representatives also reiterated the demand to dismiss more heads of institutions, among whom the governor of the National Bank, prosecutor general, National Anticorruption centre's head and chairman of the Supreme Court of Justice, whom the protesters deems as responsible for the robbing of more banks in Moldova.

The platform's representatives said they did not insist on the resignation of Nicolae Timofti and this demand had appeared „as a means to get Moldova out of captivity."

Timofti said, in reply to demands he was addressed, that he had already ruled to summon the Supreme Security Council; that law-enforcement bodies would continue supervising the keeping of protesters in peaceful regime; that his viewpoint in favour of electing the head of state by universal vote was well-known.

Nicolae Timofti reiterated that he was worried, as most citizens, about problems in the justice, financial and banking, agricultural and other sectors, and would continue to make efforts, within the limits of his constitutional responsibilities, to improve them.

The participants agreed that, once the presented problems additionally examined, a new meeting with the Moldovan president would be scheduled, during which they are to continue talks to identify solutions.