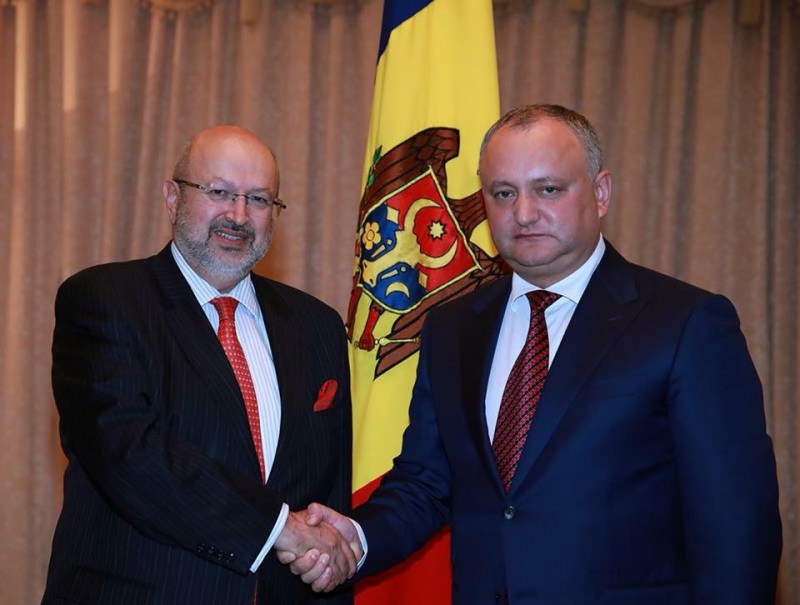 During the meeting, Igor Dodon welcomed Mr. Lamberto Zannier in our country and expressed his gratitude for the support of the Republic of Moldova from the Office of the HCNM in promoting intercultural dialogue in our country, effective policies for supporting national minorities, as well as strategic documents for their development and social integration.

According to the head of state, he praises the cooperation between the authorities of the Republic of Moldova and the Supreme Council of National People's Commissars, as well as the readiness of the High Commissioner to support and develop inter-ethnic cooperation in the OSCE area.

"He noted that interethnic consent is the most important condition for political and social stability. In this regard, it is necessary to avoid any split on national grounds.

During the dialogue, the President of the country pointed to the active efforts that are being made for the socio-economic development of Gagauzia, primarily in terms of attracting foreign investment, as well as promoting bilingual education. At the same time, the head of state stressed the importance of adopting laws on Gagauzia proposed by the working group of the Parliament, the National Assembly of Gagauzia and representatives of civil society.

In the course of the conversation, Igor Dodon announced his support for the draft law on the special ethno-cultural status of the Taraclia region, which was adopted by the parliament in the first reading in 2016.

The President also noted that considerable efforts are being made to settle the Transnistrian conflict, to strengthen confidence-building measures between the residents of the two banks of the river Nistru, thanking the OSCE for its assistance in this direction.

"We are open to further cooperation with the HCNM in order to improve the effectiveness of national mechanisms for ensuring the individual rights of persons belonging to national minorities," Igor Dodon concluded.