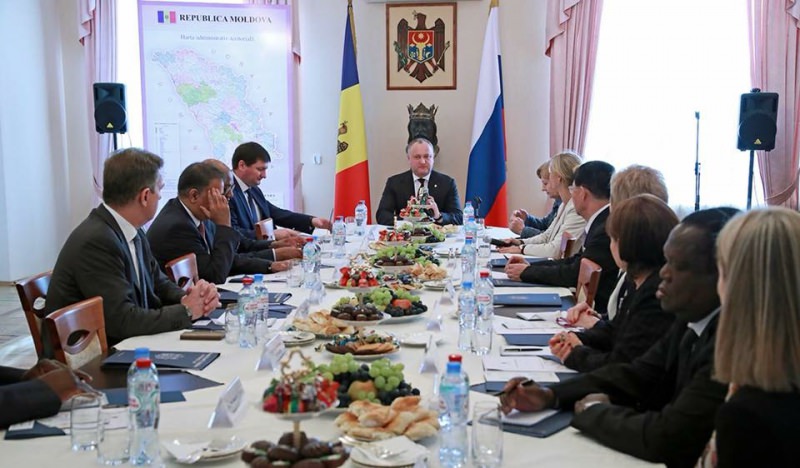 The Head of State held a working meeting with ambassadors of foreign countries in the Republic of Moldova with the residence in Moscow.

During the meeting, issues related to domestic and foreign policy were discussed. The President drew the attention of diplomats to the efforts of his administration aimed at restoring effective cooperation with all external partners, both in the West and in the East, in order to attract investments to the Republic of Moldova.

Igor Dodon noted the need to revive the national economy of our republic, create new jobs, and attract young people to participate in projects to open new enterprises.

"In this regard I presented the results of my recent visits to Italy and Armenia. At the same time, I stated the interest of the presidential administration in resolving the Transnistrian issue. I spoke about the agreements reached with the Italian side, which will soon take over the chairmanship in the OSCE, on the issue of supporting our country in this process, as well as on the organization of negotiations in the "5 + 2" format," Igor Dodon said after the meeting.