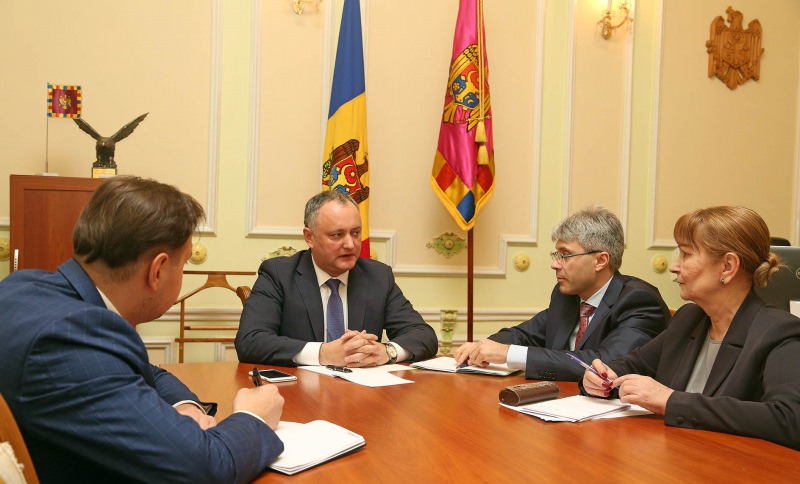 President Igor Dodon today convened a working meeting on the situation in the financial-banking sector. He pointed out the inadmissibility to transpose the diverted funds from the banking sector on the “shoulders” of citizens.

Presidential economic adviser Elena Gorelova said redemption of government bonds from the account of budgetary sources would mean a heavy burden on the budget for the next 25 years and would cost citizens from 600 million to 1 billion lei annually. Or the money will be obtained most likely by reducing social spending, subsidies for agricultural sector, by reducing investments in the economy.

In this context, Dodon signed a legislative initiative providing for cancellation of the draft law on the matter previously adopted by the parliament and government.

At the same time, the head of state will organize consultations to identify best solution meant to ensure budget and banking system stability.