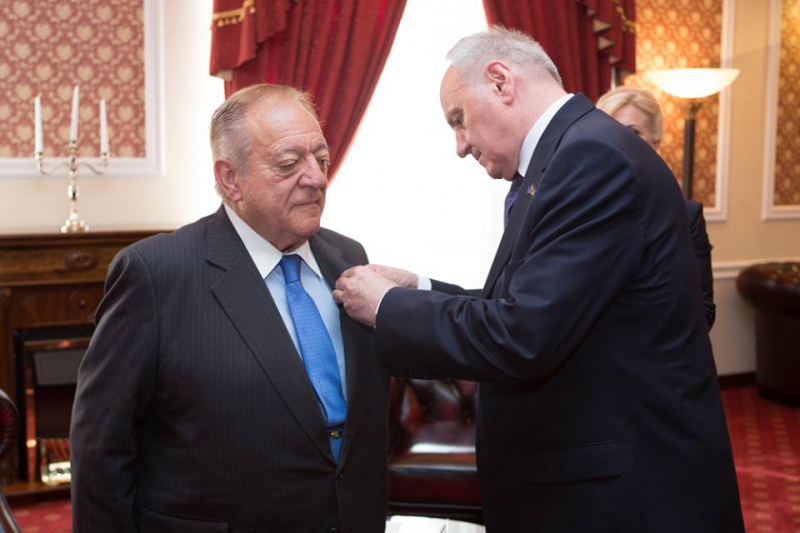 The state award was given to Tamas Ajan as a sign of the high appreciation for the special merits in the development and diffusion of sports in Moldova, for his substantial contribution to strengthening the material and technical basis of weight-lifting and successful evolution of the athletes in international competitions.

Prior to the ceremony, the president and Tamas Ajan had a discussion about the sport of weightlifting, making an exchange of views about the development of this sport in Moldova and worldwide.