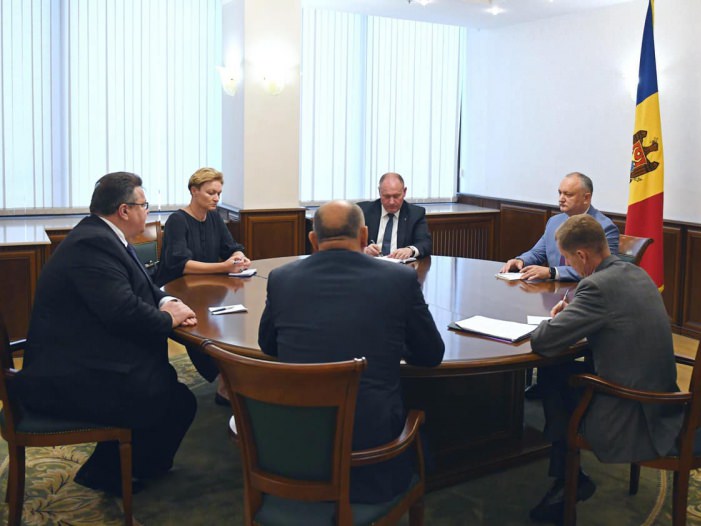 The Head of State welcomed the visit of the Lithuanian official to Moldova and appreciated the active political dialogue between our countries. Officials exchanged views on to the situation in the Republic of Moldova as well as on to the current state of Moldovan-Lithuanian relations.

The President thanked for the support that Lithuania is offering to our country as well as for maintaining the Republic of Moldova among the top priority states for Development Assistance. Also, the Head of State expressed interest in capitalizing on the potential of Moldo-Lithuanian economic cooperation, including to attract Lithuanian investments in the Moldovan economy.

In another context, Igor Dodon and Linas Linkevicius talked about the significant changes in our country in particular about obtaining a broad national consensus and international support provided by the major forces of Moldova. In this regard the Head of State said that the new power in Chisinau will keep implementing the Agreements signed with the East and West partners and promote it balanced foreign policy based on the national interests of the country and for the benefit of our citizens.