Igor Dodon met with the US Ambassador to Moldova 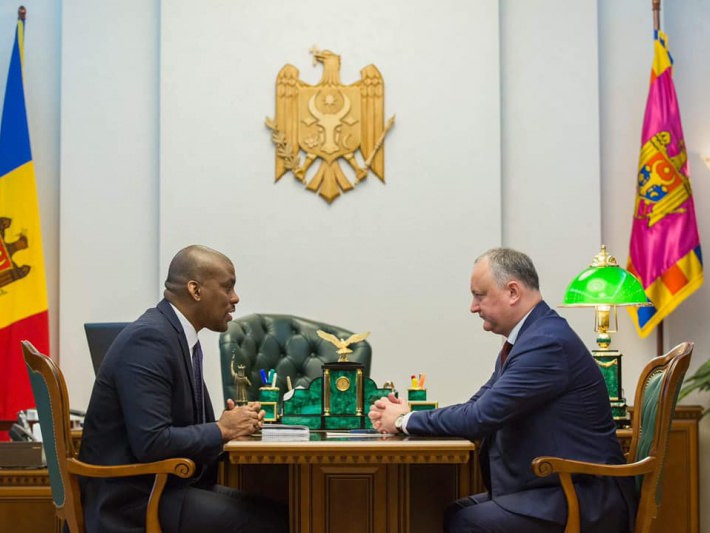 The officials discussed the development of the political situation in our country after approval of the results of the parliamentary election by the Constitutional Court.

In this regard, the head of state told the US Ambassador that this week he would probably sign the decree to convene the first meeting of the new Parliament.

In the same context, the parties talked about possible scenarios for creating a legitimate parliamentary majority and further forming of the Government.

At the end of the meeting, the interlocutors discussed the prospects of the Moldovan-American strategic dialog in all areas of mutual interest.