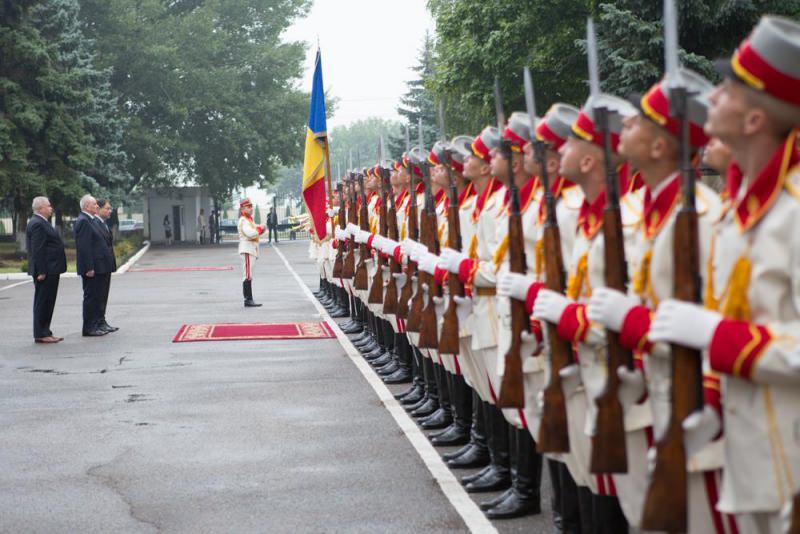 Timofti highlighted the need to increase the operational capacity of the army and modernise it, also taking into account the new regional security context.

Nicolae Timofti also emphasised the need to enhance the defence capacity of the army, by cooperating with other Moldovan security structures, as well as with NATO member states.

Timofti was confident that the ministry’s new leadership will continue the reforms underway and will defend with dignity and honour the interests and country projects of Moldova.

Timofti handed over Anatol Salaru the flag of the defence minister, set under a presidential decree from 17 June 2014, and gave a copy of the banner to former minister Viorel Cibotaru.