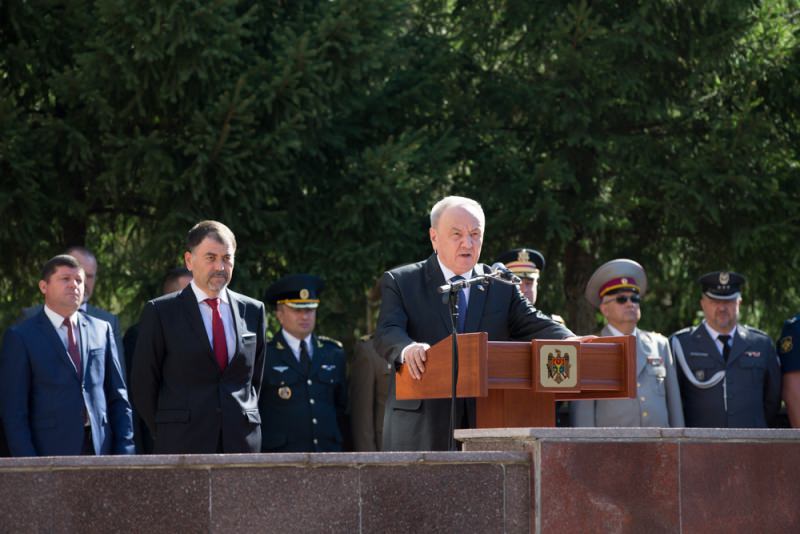 On this occasion, the president appreciated the Army's mission noble efforts of defending the territorial integrity and independence of Moldova, noting also the  role of the military in the liquidation of consequences of natural disasters, defusing explosive devices or carrying out regional peacekeeping. "Developing a modern army – basic strength of the national defense system – continues to be the country's strategic mission on its European path and guarantee of national and regional security," said the Head of State.

In the context of today solemnity, Moldovan President gave state awards to  servicemen and employees of the Ministry of Defence, and special marks (commemorative coin – "25 years of Independence of the Republic of Moldova"), to the first President of Moldova Mircea Snegur, Minister of Defence Anatolie Salaru, Interior Minister Alexander Jizdan, Director of Security and Intelligence Service Mihai Balan and Director of Protection and State Guard Victor Tarna.

Similarly, some soldiers received diplomas from the Government of Moldova and the National Army distinctions.