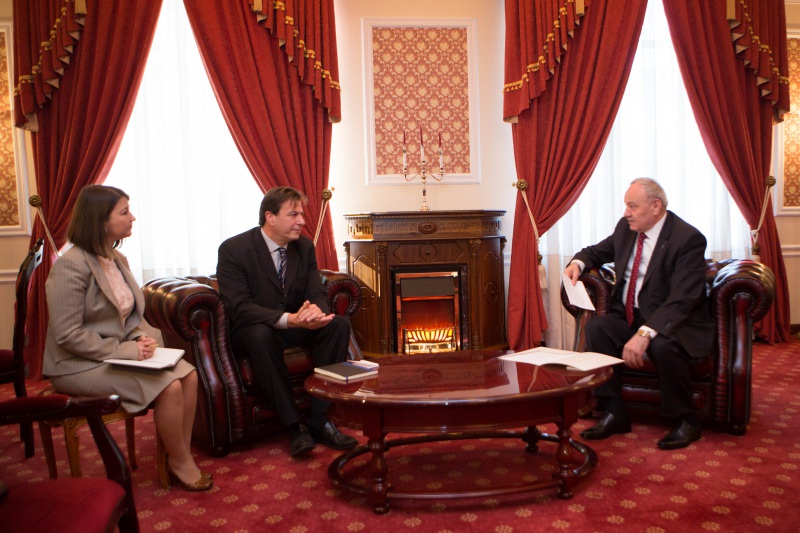 Timofti said the support provided by the Council of Europe during the last two decades had contributed to strengthening the democratic institutions and observing the human rights in Moldova.

The president voiced confidence that the 30 November parliamentary polls would be held by observing all democratic norms and would confirm Moldova's progress on the European integration path.

For his part, Jose Luis Herrero informed the president about the implementation of 23 projects amounting to 18 million euros in Moldova within the Council of Europe’s action plan on supporting democratic reforms in Moldova in 2013-2016.

The European official highlighted the importance of coherently enforcing the convention on human rights in Moldova, - actions concerning the justice reform, prevention and fighting corruption.

Moldova has been subject to PACE monitoring since 1995.