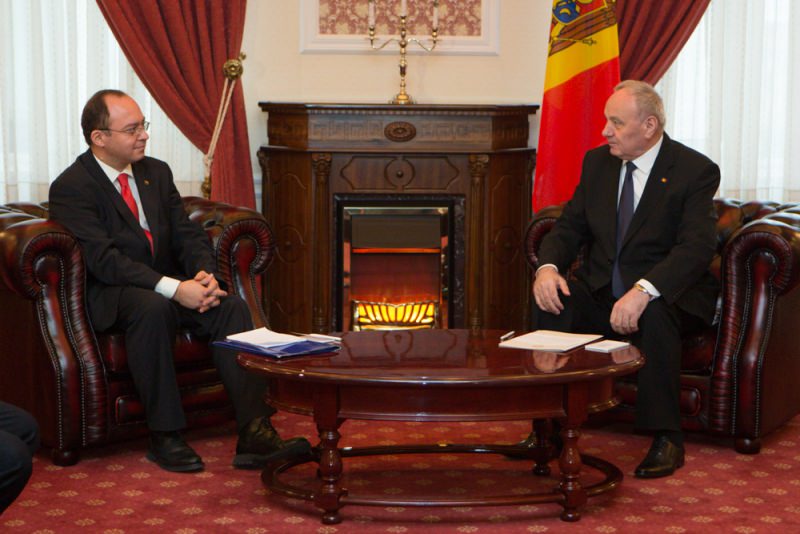 President Nicolae Timofti met Romanian Minister of Foreign Affairs Bogdan Aurescu, on his first visit abroad after the recent appointment to the office, at the state residence today.

The officials exchanged views about the preliminary results of elections, held in Moldova on 30 November, and underlined the importance to create in the near future a pro-European government by the pro-European coalition, which prefigures in the parliament.

The sides agreed that the rigorous implementation of the provisions of the Moldova-European Union Association Agreement in the months to come would bring Moldova significant political, social and economic benefits.

As regards the bilateral ties, the officials agreed to boost the Moldovan-Romanian dialogue in all areas, with emphasis on social projects.

Timofti has previously sent a congratulatory message to Romanian President Traian Basescu on this occasion.