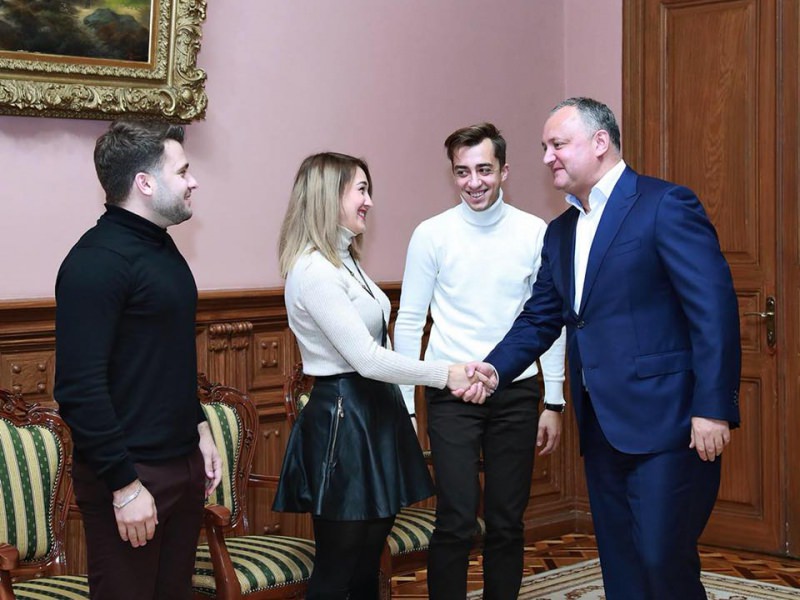 Head of the state, Igor Dodon held a meeting with the members of the music group "DoReDoS", which, under the patronage of the President of the Republic of Moldova, took part in the International Song Contest of Young Performers "New Wave-2017" and took first place.

During this meeting, it was discussed the participation of the music group in various international competitions, in order to promote the image of our country in the world.

Igor Dodon noted that we have someone to be proud of. Also, the president said that he will continue to support young talents from the Republic of Moldova in all areas.

It should be noted that for the success that was achieved at the song contest "New Wave-2017", as well as for the significant contribution to the promotion of the favorable image of the Republic of Moldova abroad, the president conferred each member of the group the honorary title "Honored Artist", and the producer of the art collective awarded the medal "Meritul Civic. "