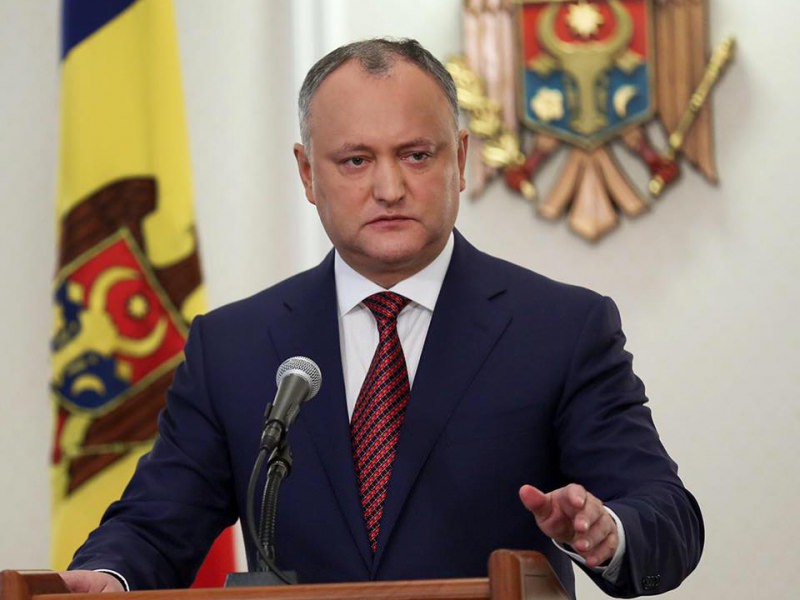 President Igor Dodon today came up with a solution of alternative to the uninominal vote initiative, promoted by the ruling coalition. Dodon said the uninominal vote was unacceptable, but a political and electoral reform could be provided by a mixed vote that would meet the expectations of citizens and rigors of party democracy.

The president noted that the purpose of shifting from proportional to the uninominal vote was to maintain the parties in the current coalition in power, as it gives them a chance to pass in parliament per constituencies and then to form a new majority of solitary MPs lured by different methods.

The president believes that this initiative of the ruling coalition is defiance of democratic bases of the state, as they were formed since independence. Yet, the uninominal vote is unacceptable, because it does not serve the democratic principles or citizens, nor enhance the quality of political governance of the country.

The president pointed out that his firm position against uninominal vote found positive echo among most citizens, civil society, even among foreign officials. This presumes the existence of a large common position, which opposes the uninominal vote required by the Chisinau authorities.

At the same time, we must observe with concern that the leaders of the ruling coalition do not intend to give up the idea of voting the draft law on uninominal vote. The head of state said that the uninominal voting system is imminent, as confirmed by recent statements by the government officials. The coalition will vote uninominal system with about 55 votes or more.

The head of state took into account the request of a large part of the population willing a real political reform for the benefit of citizens. He also took into account the suggestions from civil society, ambassadors and officials from West and East. He consulted important opinion leaders in the country.

Thus, today Dodon came up with an official initiative to propose mixed voting system in Moldova. The system requires that the election of MPs will be according to formula 50 - 50 both on party lists and in territorial constituencies.

In his opinion, such a voting system keeps the virtues of proportional system and favors the election of a number of independent lawmakers at district and regional level.

The main aspects of the initiative by the president are the following:

1.  51 lawmakers will be elected on party lists and other 50 – in territorial constituencies.

2.  It is proposed that half of the 50 MPs from constituencies should be from diaspora and Transnistrian region. Given that abroad and in the eastern districts uncontrolled by Chisinau there is one third of Moldovans, they must be represented by at least 25 per cent of parliament members. The other 25 per cent will be from districts and Chisinau.

3.  Voting MPs from Transnistrian will be in polling stations opened in the districts and settlements under the control of the Moldovan government in order to be a process well monitored by the Central Electoral Commission in Chisinau. Without involvement and presence of citizens from Transnistria, the parliament cannot be integral as representing the country, and if we want to set off the country, we must be more open politically and in elections.

5.  It is proposed minimum number of signatures, 600, for registration of candidates for MP seat.

6.  Students must get the right to vote in their place of study, based on a certificate issued by the educational institution. Thus, most young people will be able to vote comfortably.

7.  The president reiterated his stance on reducing the number of MPs from 101 to 71.

These are the basic components of the mixed vote proposed by the head of state.

The president said that henceforth will use all his political influence to persuade various local leaders and foreign partners to involve in promoting the joint vote, to convince the power to give up the uninominal vote and accept an option of compromise – mixed voting.

Dodon is convinced that the joint vote, 50-50, meets most support from citizens, as shown by some opinion polls. The mixed voting will be accepted by external partners, will be tolerated by Moldovan civil society, including many non-parliamentary parties.

The head of state calls on the ruling coalition to show restraint and wisdom, to think about national interests of the country, to give in ambitions and narrow party interests, because now it is possible to take a wise decision for the benefit of the country.