Moldovan president meets Swedish Ambassador at end of her term 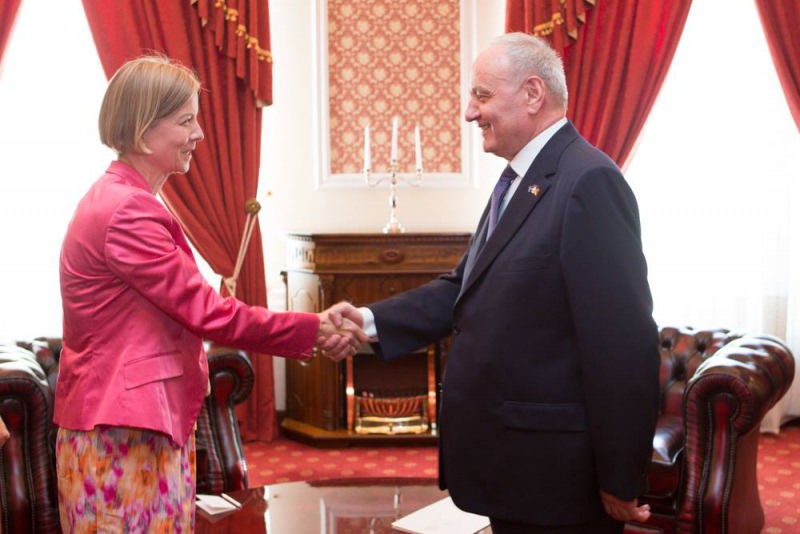 President Nicolae Timofti received Swedish Ambassador to Moldova Ingrid Tersman, during a visit occasioned by the end of her term, on 24 July.

The head of state highly appreciated the contribution of Ambassador Ingrid Tersman in developing the Moldovan-Swedish bilateral relations and Sweden’s valuable support for Moldova in achieving first-class goals in foreign policy, namely the signing of the Association Agreement and liberalisation of the visa regime with the European Union. Furthermore, President Timofti praised Sweden's support within numerous and diverse assistance programmes in Moldova.

As a sign of deep gratitude for the substantial contribution in developing and strengthening of Moldovan-Swedish relations of friendship and cooperation, President Nicolae Timofti awarded the Order of Honour to Ms Ingrid Tersman, Ambassador Extraordinary and Plenipotentiary of the Kingdom of Sweden to Moldova.