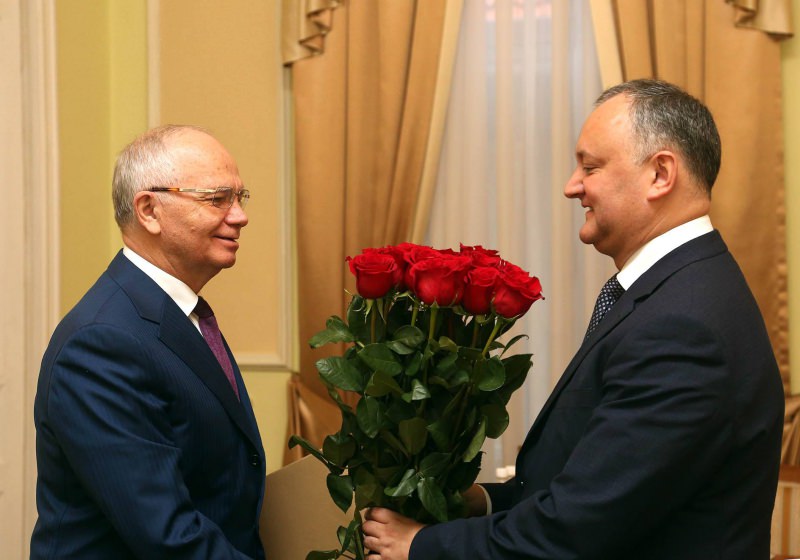 President Igor Dodon today had a meeting with Russian Ambassador to Moldova Farit Mukhametshin. The diplomat sent the head of state letters of congratulations on winter holidays on behalf of the leadership of Russia, President Vladimir Putin and Prime Minister Dmitry Medvedev.

The sides exchanged opinions on developing and deepening the Moldovan-Russian cooperation relations, as well as reviewed the agenda of official visit by Dodon to Moscow, due on 17 January 2017.

The president came up with an initiative to organize meetings with Moldovan students studying in Russian higher educational institutions. He considered the possibility to hold a public lecture to students within one of Russian universities, such as MGIMO or Moscow State University M.V.Lomonosov.