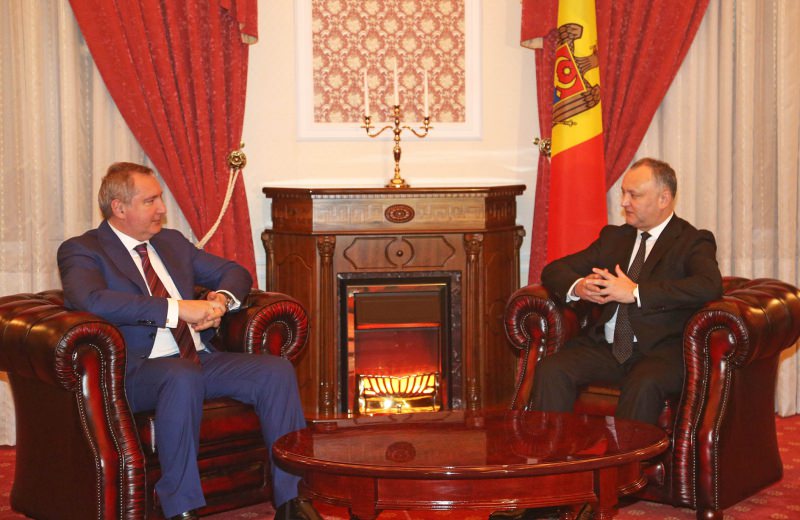 During the meeting, Dmitri Rogozin conveyed congratulations on behalf of the Russian leadership on the swearing in office of the Moldovan president and handed over an invitation to pay an official visit to Russia.

“I was pleased to accept the invitation and voiced hope for a full re-launch of the Moldovan-Russian ties,” Igor Dodon said.

The meeting with Vladimir Putin is scheduled for 17 January 2017.