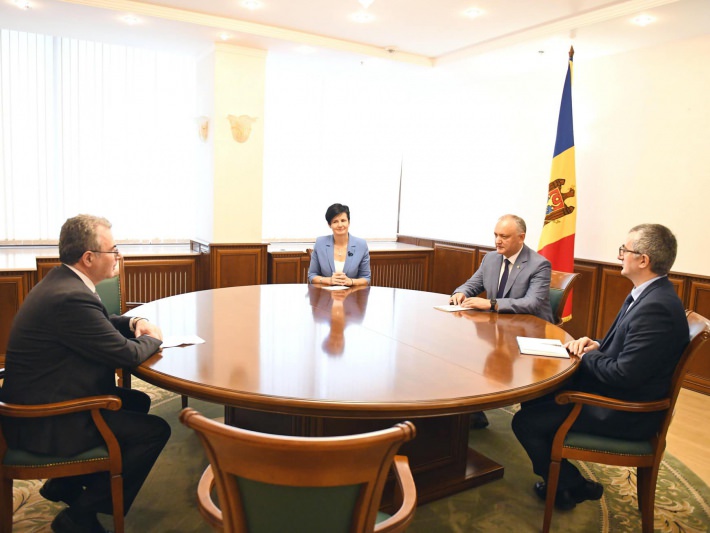 President Igor Dodon had a working meeting with E.S. Mr. Georgios Poukamissas, the Ambassador of the Hellenic Republic in the Republic of Moldova, with the office in Bucharest, related to the end of the mandate in our country.

During the dialogue officials discussed issues connected with internal and external politics of our country as well as the current status of Moldovan-Greek relations.

The Head of State thanked Ambassador for the assistance, which Greece offered to our country throughout multiple projects and for Mr. Ambassador’s contribution in strengthening bilateral relations in all of the areas of common interest.

Also, President of the country insists on intensifying of the bilateral political dialogue repeating to Mr. Prokopios Pavlopoulos, President of the Hellenic Republic invitation to make an official visit to the Republic of Moldova.

In other words Igor Dodon stressed that Presidential institution continues to promote balanced external politics to build cooperative relations as with countries from East, so with West.

In the end of the dialogue, the Head of State wished Mr. Georgios Poukamissas success in the activity he is going to carry on, expressing strong belief that once with appointment of a new Ambassador, partnership between Republic of Moldova and Hellenic Republic will continue to develop for the benefit of citizens of both countries.