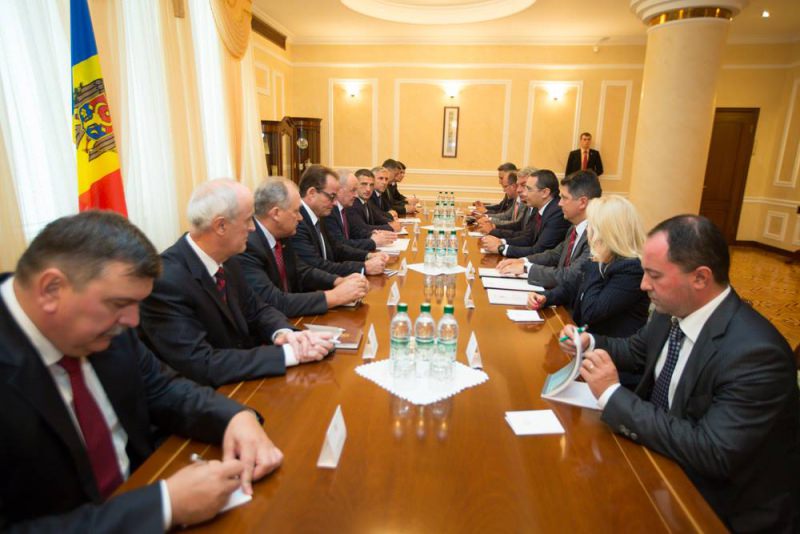 The head of state welcomed Ponta's visit to Moldova and thanked for support in economic, social and cultural development, as well as European integration.

The president opted for boosting bilateral cooperation, completing common infrastructure projects. He noted that from the political viewpoint, there were best conditions for a closer rapprochement between governments and people from the two banks of the Prut river.

Ponta said that the Romanian government and entire political establishment backed Moldova in everything.

The Romanian official informed Timofti about signing of the fourth additional protocol between the Moldovan and Romanian governmetns to agreement on implementing technical and financial assistance programme based on a non-refundable financial aid worth 100 million euros, provided by Romania to Moldova.

Ponta reaffirmed the Romanian government's decision to financially contribute to modernising kindergartens from Moldova, construction of Iasi-Chisinau gas pipeline, SMURD development in Moldova and other projects. He noted that the projects would be completed if there was further political stability in Chisinau.