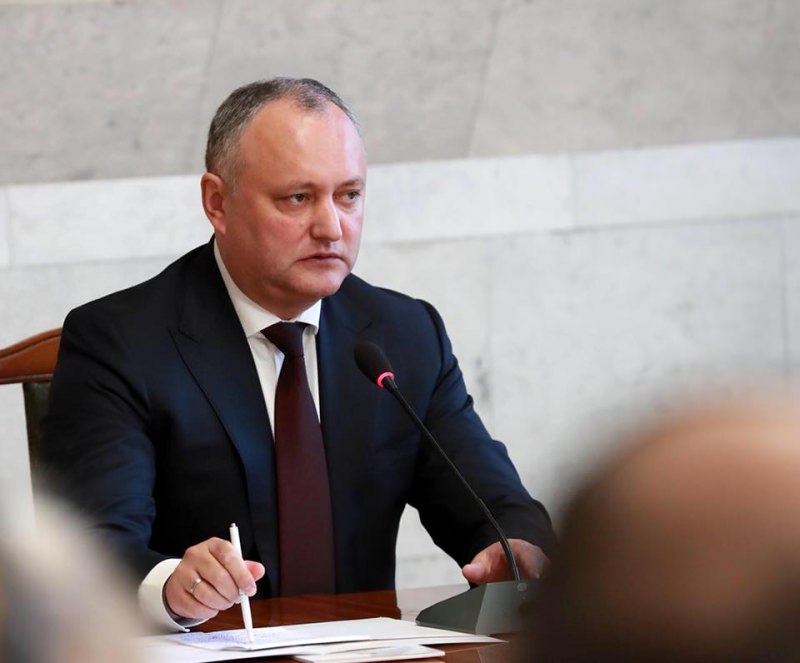 On this occasion, the President thanked all those who believed in him, who went to the elections and entrusted him with the mandate of the Head of State.

"I know that not all of the goals have been achieved, but over the past year, it has been possible to lay the foundations of a number of political and social projects that will be implemented in the future. It is important that in my new position I continued meeting with people, tried to be close to them and listen to their needs and aspirations, and, as far as possible, solve their problems," Igor Dodon told.

The President promised to continue to be open to citizens, and promised that the external path of the Republic of Moldova, the restoration of the territorial integrity of the country, the strengthening of statehood and Moldovan identity would be brought to a victorious conclusion.

"Contrary to all those who have tried and are trying to impede my activities as the President, I will continue to carry with honor the mandate entrusted to me by citizens. The past year was only the beginning, and the most significant and successful achievements are yet to come," Igor Dodon assured.